R/RStudio may take long to open (or even crash) if it is set to re-load objects from previous sessions. Unfortunately, this is the default. And it is bad. Each session should be self contained, and you should be able to reproduce your analysis entirely from your script.

What if your analysis uses an object that takes a long time to produce? In that case you can use one script to create the time-consuming object, write that object into a file, and read it from any other scripts that use it. (If you’ll use that object from other projects you should consider storing it into its own package and loading it with library(object).) 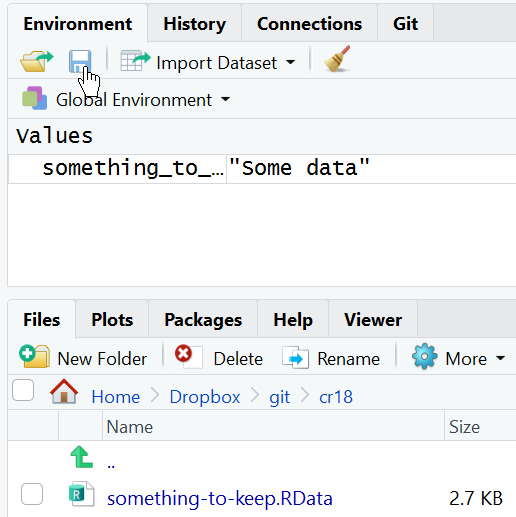 Saving and re-loading objects that take long to produce

A great way to manage your workflow is to write a script that produces and saves an object, and another script that reads that object and uses it for analysis.